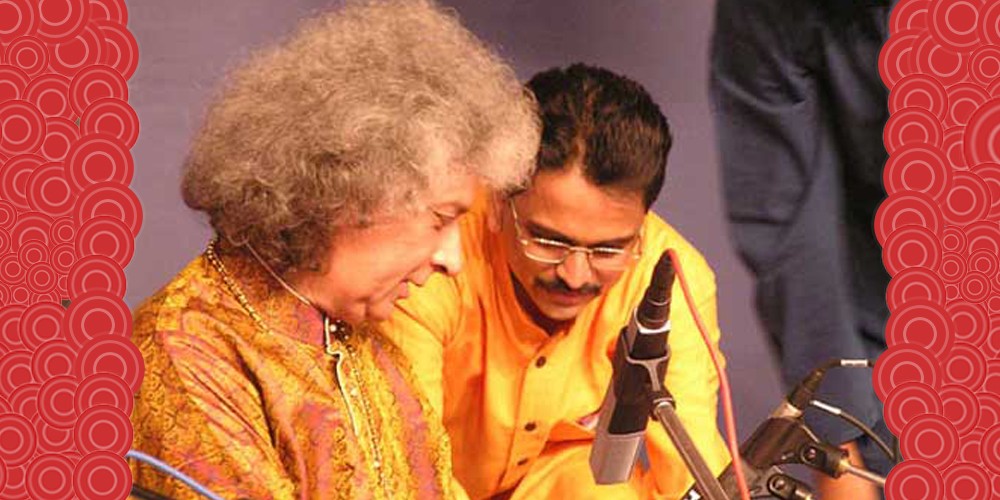 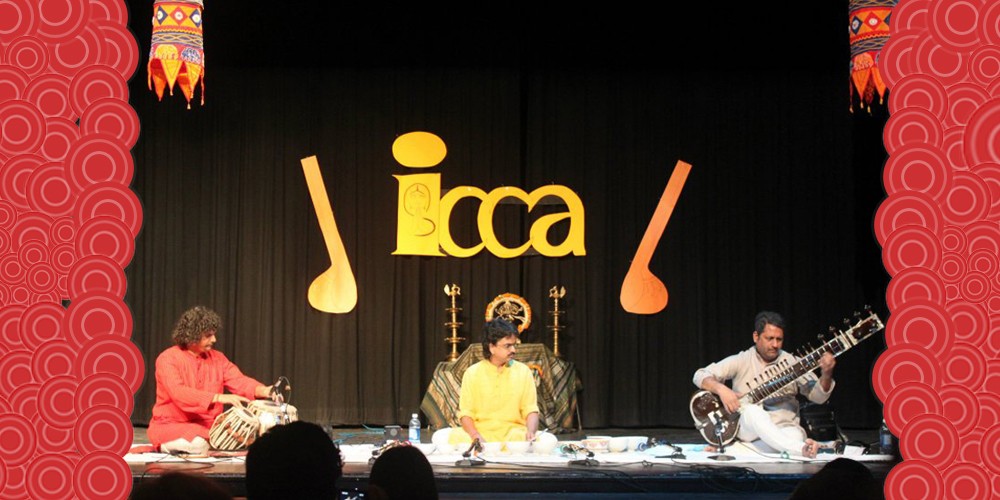 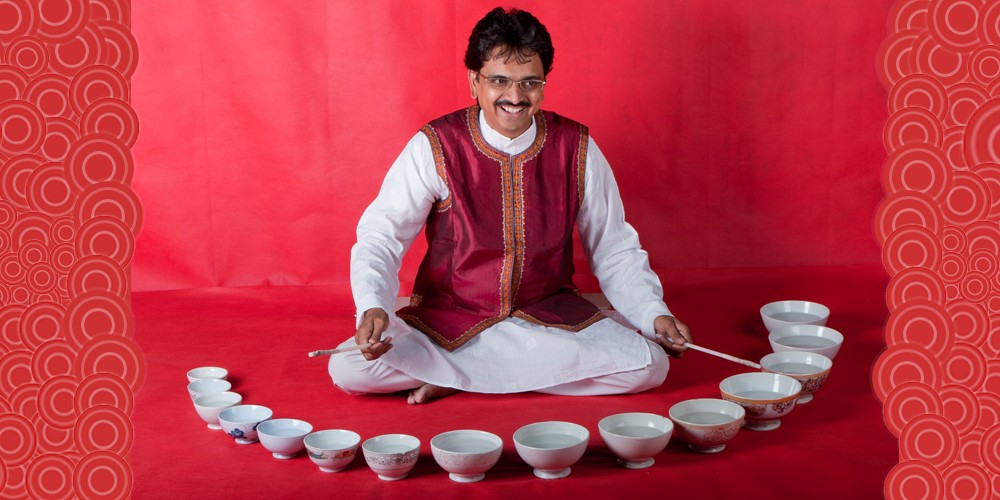 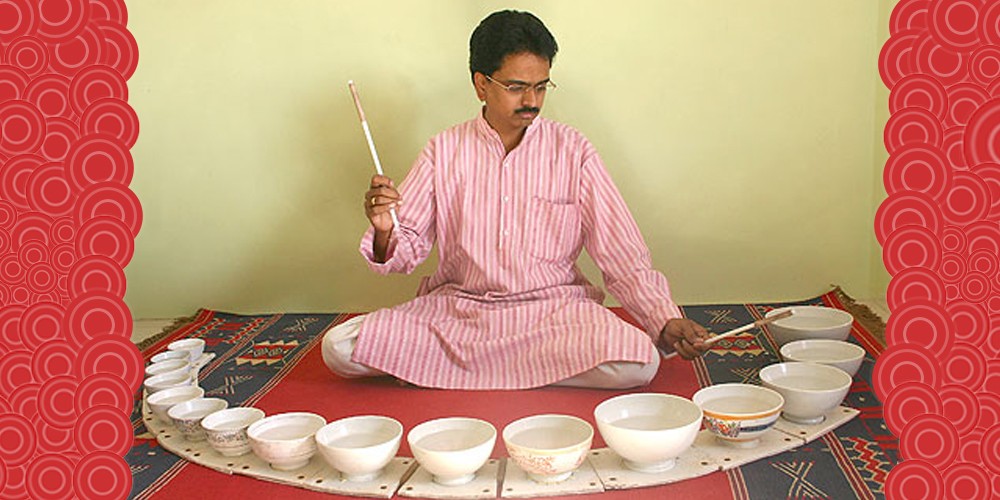 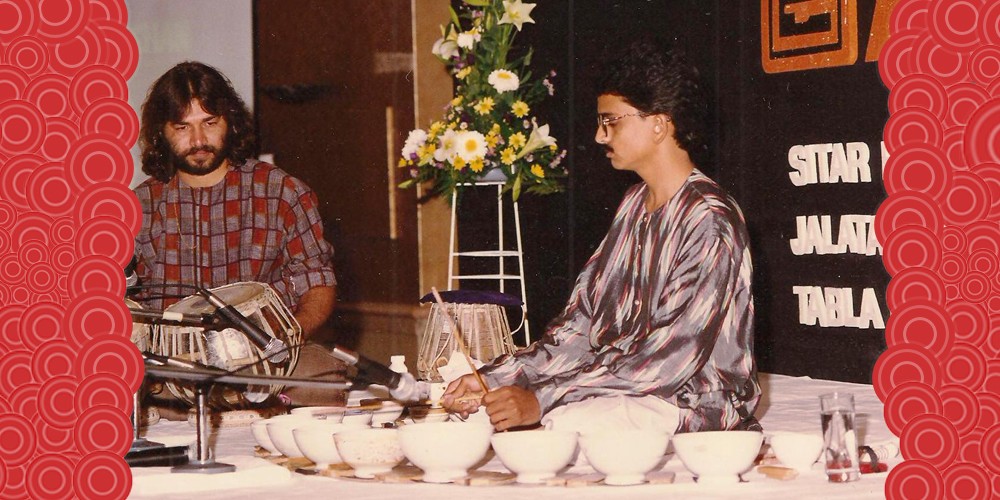 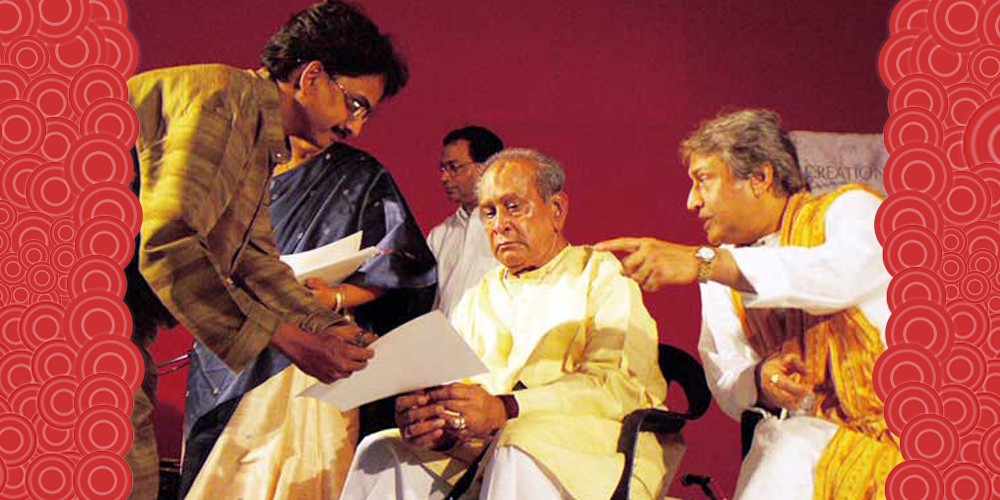 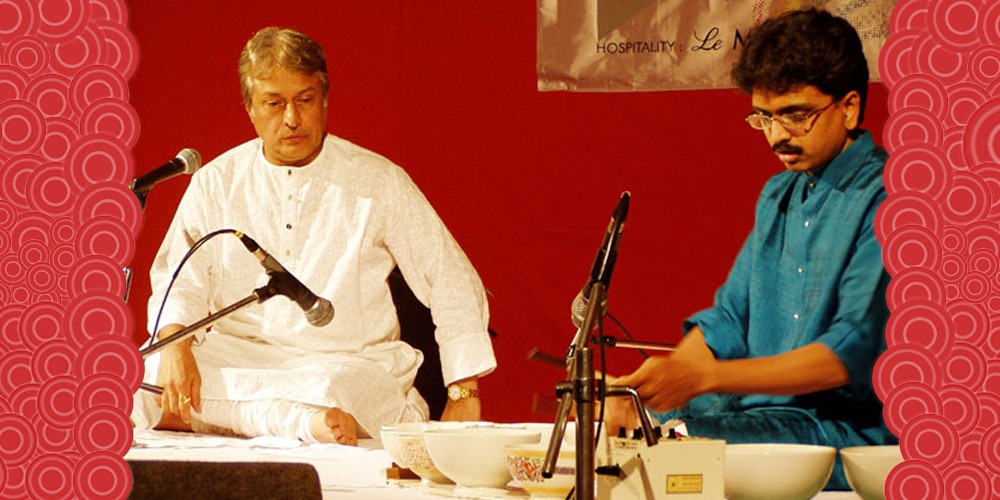 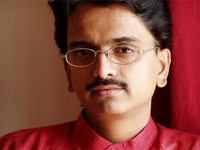 Born and brought up in a family with musical background; Milindji started learning music from a very tender age. His grandfather Late Pandit Shankar V Kanhere (Satara) who was a famous Jaltarang player influenced Milind in taking up this unusual dying instrument the JALTARANG. Also received guidance from Pt. Nayan Ghosh , SITAR maestro Ustad Shahid Parwez & Taalyogi Pandit Suresh Talwalkar.He is one of the topmost Jaltarang players of India. Baba Harwallabh Sangeet Sammelan at Jalandhar, Abhisheki Mahotsav at Goa are some of the concerts where his art was acclaimed and appreciated a lot and this rare instrument has kept him busy in concerts in India as well as abroad. Malaysia, Singapore, Austria, Australia, Switzerland, Germany, USA and Canada, Dubai, Aabudhabi are the countries where he has presented his art. He is been doing some interesting projects with Ustad Toufiq Qureshi. A BBC production film 'West is west' has background scores played on Jalatarang by him. Milind Tulankar is indeed a name, synonym for the untiring efforts, devotion, and endless passion in pursuit of promoting Jaltarang

Pt. Shankarrao Kanhere was an accomplished jalatarang player from satara,a small town in Maharashtra, India. A graded artist of all India Radio. He played in numerous concerts all over India and popularised the instrument. He was trained in music by late Pt. Dattopant Mangalwedhekar from Pandharpur. Aesthetic development of a raga structure and command of rhythm were the highlights of his style. He has written a book on this instrument , published by Sanget-karyalay, Hatharas.